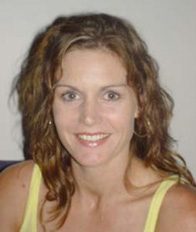 I was 34 weeks pregnant and it was in the middle of the night when I woke with painful headache. As my headache grew worse and my husband realized that I wouldn’t speak. He rushed me to emergency and I woke up 2 weeks later.

That night, I had a burst brain aneurysm and I was on life support. The very next day, I (with my unborn child) was undergoing brain surgery.

One week later, I was still on life support and my lung collapsed. To be able to give stronger medication, I was moved
for a caesarean section and my son was born. He was 5 weeks prem and 6 pounds 2 ounces. The first miracle.

Another week later, my condition improved and I woke up. The second miracle.

I have no recollection of being on life support or having a baby. I awoke to find myself occupying a lifeless body. I was:
• Unable to move
• Unable to talk
• Unable to breathe without mechanical assistance.

I knew I was very sick but had no idea what had happened. During those first months, I felt many emotions. I felt:
• Confusion
• Frustration
• No independence
• Anger
• Sorrow
• Hopelessness

For me, the language disability which is called “aphasia” has been the hardest.

How has aphasia affected my life?

I am now 80% recovered but in the early stages after my stroke, I have difficulty with talking, listening, reading, writing and using numbers.

Initially, I thought that one day soon, I would wake up and be able to talk again but the nature of aphasia is slow and there is no cure. For some, there is little improvement since the day of inception and others, like my myself, therapy stimulate my brain.

Before the stroke, I took for granted for all of the areas of language. Imagine that you couldn’t talk and that you couldn’t write but you could a have intelligent thoughts but you just can’t get you message out there. For me, I was very frustrated.

I also have difficulty listening and understanding. I have no problems hearing, but I find it hard to listen and then comprehend what I just heard. Things which help are:
• One on one communication
• Speaking clearly and slowly
• Facing the person so I lip read

Writing is also difficult and it is 1000 times harder than speaking. I know what I want to write but there are rules, spelling, grammar and tense etc. Sometimes, the wrong words came out and I don’t even know it. With therapy, a lot of hard work and practice, I write this story (with editing by my husband).

Every person with aphasia is different. Some have difficultly in all areas, or have difficulty in some areas and in different severity. It definitely altered my life.

Since the stroke, my “life’s direction” has altered, but my path was a conscious decision. In 2002 I could have been a “Stroke Victim”. Instead, I found the experience has been an “unexpected blessing”. Everyone has the opportunity to direct the course for their future. Don’t wait for a near death experience to evaluate your life, be an active participant and choose what you want to do in the future. For me, I find ways to challenging myself and to draw on my inner strength, so I can help myself and others. For example, I do “aphasia awareness speeches” for the AAA, I have new hobbies like cooking and running, I have met new people and I am embarking on a new career as a personal trainer.