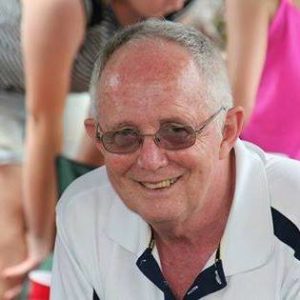 For all members who do not know me, my name is Peter Stuart and I live in Logan City which is between Brisbane and The Gold Coast in Queensland. I have been married to my wife Rosemary for 42years and we are each other’s carers.

I was admitted to hospital in early 2001 with severe angina and could not lift my left arm more than about 6 inches. The angina was brought under control and when the Dr was discharging me I asked about my arm. His response was walk to the other side of the room and back and then told me there was nothing wrong with me. Always being proactive with health concerns I went to the Loganlea Stroke Group to find out about this thing called stroke. There I met a small but wonderful group of people who gave me the help and support that I was looking for. A strong friendship was formed with Ann Mellersh now President of the Queensland Stroke Association.

I have been having ongoing TIA’s since 2001 and they have gradually become worse over the years. Some are very severe but not a stroke so I have christened them Strokey Things. My GP thinks that is a good description. I had two Lacunar Strokes – one in 2006 and one in 2007.

From the Tia’s, strokey things and the lacunar strokes, I have a weakness in my left side, my balance is unbalanced, and I have mild aphasia.

I met John and Kaye Casey at the Logan Stroke Group about four or five years ago. John and Kaye arranged for Matt Bradley to speak at our stroke group about aphasia and AAA. I helped organize a story in our local paper – front page photo and half page story inside. We had a large group of people attend thanks to the article and I had started a new career without knowing it at the time.

Kaye asked me for a bit of assistance to arrange publicity for the 2008 National Conference. Like Topsy it grew. The more it grew the more contacts I was making and keep maintaining. I was nominated for National Publicity Director at the AGM at the conference but due to circumstances at the time I had to decline but said I could help on a committee basis. The committee became a committee of one and I helped where I could and came up with a variety of ideas and more contacts.

Mid December, things had improved and I approached Georgi Laney if I was still wanted as Publicity Director – I began officially on 01/01/2009.

The last 9 months have become a blur mainly because I cannot remember what happened – thank goodness for minutes – it is not that bad but I can’t tell the Exec. Committee that. They won’t believe me again if they read this line.

Since Kaye Casey asked me for a bit of help from about May/June last year, I don’t think that I have enjoyed anything as much as sitting at the computer with a phone in my hand promoting the awareness of aphasia. Just one final message – NO ONE ESCAPES without knowing a bit about aphasia.