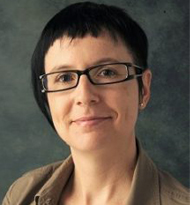 The Society for Neuroscience ran a contest to encourage people to create short engaging videos that educate and inspire the public about the brain. Shiree chose to create a video about aphasia for children and it won first prize. The video tells the story of a person with aphasia and their family through a poem. It is called The Treasure Hunt and describes a child’s quest to find his grandfather’s ‘lost’ words.

In November 2011 Shiree was able to attend the Society for Neuroscience’s annual conference in Washington USA to receive her prize. She was awarded a $1000 honorarium and the Society also paid for her conference registration, flights and accommodation. During the conference, Shiree’s video was played to a large audience at a special lecture. Shiree says … “Entering the competition provided a wonderful opportunity to raise awareness about aphasia. I hope that the video helps everyone, but particularly children, to understand how something so precious can be lost.” 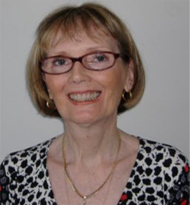 In 2010, Wendy participated in the very first Aphasia LIFT, which was a two week program held in the CCRE Aphasia Centre at the University of Queensland. LIFT, which stands for Language Impairment and Functional Therapy is an integrative, intensive treatment program that consists of daily individual impairment-based treatment, individual functional treatment, computer-based treatment, group therapy and work on a language-based challenge task. The program, which was developed by Professor Linda Worrall and Associate Professor David Copland is obviously very intense and very tiring but hugely rewarding for the participants.

Wendy’s challenge at the end of two weeks was to speak to a large audience about aphasia, without her husband being there to assist when words just won’t come out.

The Victorian Branch of AAA were successful in receiving a grant which enabled them to produce a wonderful set of video’s and distribute these to hospitals and rehabilitation units throughout the state.

The videos are individually designed as a guide for the grown-ups in the family, the children and the friends of people with aphasia, especially in the early stages. They have now been loaded onto YouTube and AAA is proud to provide the link for you to access them.

Click below to watch the About Aphasia video and search the channel to find other videos relevant to you.

Watch this video to gain inight into the characteristics and problems of childhood aphasia.
Approximately 4 minutes.